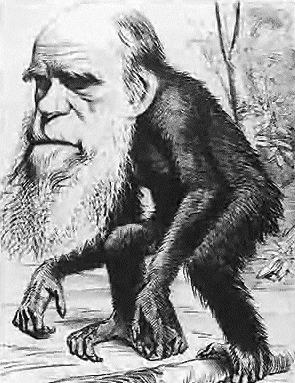 "All ought to refrain from marriage who cannot avoid abject poverty for their children; for poverty is not only a great evil, but tends to its own increase by leading to recklessness in marriage."

"At all times throughout the world tribes have supplanted other tribes; and as morality is one important element in their success, the standard of morality and the number of well-endowed men will thus rise and increase."

"The highest possible stage in moral culture is when we recognize that we ought to control our thoughts."

"To do good in return for evil, to love your enemy, is a height of morality to which it may be doubted whether the social instincts would, by themselves, have ever led us."

"A man who dares to waste one hour of life has not discovered the value of life."

"I have steadily endeavored to keep my mind free so as to give up any hypothesis, however much beloved... as soon as facts are shown to be opposed to it."

"If I had my life to live again, I would have made a rule to read some poetry and listen to some music at least once every week; for perhaps the parts of my brain now atrophied would thus have been kept active through use. The loss of these tastes is a loss of happiness, and may possibly be injurious to the intellect, and more probably to the moral character, by enfeebling the emotional part of our nature."

"If I had my life to live over again, I would have made a rule to read some poetry and listen to some music at least once a week; for perhaps the parts of my brain now atrophied would have thus been kept active through use. The loss of these tastes is a loss of happiness, and may possibly be injurious to the intellect, and more probably to the moral character, by enfeebling the emotional part of our nature."

"It is good... to try in imagination to give to any one species an advantage over another. Probably in no single instance should we know what to do. This ought to convince us of our ignorance on the mutual relations of all organic beings; a conviction as necessary as it is difficult to acquire. All that we can do, is to keep steadily in mind that each organic being is striving to increase in a geometrical ration; that each at some period of its life, during some season of the year, during each generation or at intervals, has to struggle for life and to suffer great destruction. When we reflect on this struggle, we may console ourselves with the full belief, that the war of nature is not incessant, that no fear is felt, that death is generally prompt, and that the vigorous, the healthy, and the happy survive and multiply."

"It is interesting to contemplate a tangled bank, clothed with many plants of many kinds, with birds singing on the bushes, with various insects flitting about, and with worms crawling through the damp earth, and to reflect that these elaborately constructed forms, so different from each other, and dependent upon each other in so complex a manner, have all been produced by laws acting around us. These laws, taken in the largest sense, being Growth with Reproduction; Inheritance which is almost implied by reproduction; Variability from the indirect and direct action of the conditions of life and from use and disuse: a Ratio of Increase so high as to lead to a Struggle for Life, and as a consequence to Natural Selection, entailing Divergence of Character and the Extinction of less-improved forms, Thus, from the war of nature, from famine and death, the most exalted object which we are capable of conceiving, namely, the production of the higher animals, directly follows. There is grandeur in this view of life, with its several powers, having been originally breathed by the Creator into a few forms or into one; and that, whilst this planet has gone cycling on according to the fixed law of gravity, from so simple a beginning endless forms most beautiful and wonderful have been, and are being evolved."

"Man is descended from a hairy, tailed quadruped, probably arboreal in its habits."

"The shield may be as important for victory, as the sword or spear."

"There is no exception to the rule that every organic being naturally increases at so high a rate, that, if not destroyed, the earth would soon be covered by the progeny of a single pair. Even slow-breeding man has doubled in twenty-five years, and at this rate, in less than a thousand years, there would literally not be standing-room for his progeny."