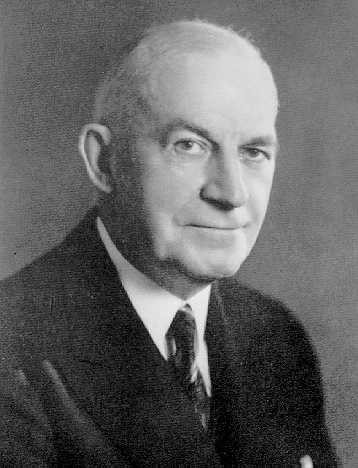 American Professor of Philosophy at University of Chicago, Author and Naturalist

"At last religion has come to reckon with the fact that its highest quest is not for a supernatural order but just for natural goodness in the largest and fullest measure."

"It has become a conviction with me that psychology may in the long run do much to change the conception of the fundamental nature of the religious life, which, on the whole, is now too generally made a matter of doctrine. It is too intellectual At the doors of most churches one is met by required beliefs in a particular conception of God, in a speculative theory about the divinity of Christ, definite ideas concerning sin and salvation, the efficacy of ordinances, and the claims of supernatural revelation. What people are really seeking is access to refreshing fountains of life, sources of strength and guidance. They crave association with people and institutions which may convey to them a sense of what is most worthwhile in life and what may furnish impulsion toward real and enduring values. They know pretty well what those values are when allowed to let their own deepest desires express themselves."

"In the same winter quarter, beginning in January, 1896, I taught a class for the Disciples Divinity House, in the divinity school of the university, on the theology of Alexander Campbell. This enabled me to work over again the relation of his thought to that of John Lock, which had so much interested me while I was working on my thesis the previous year. With a class of eight graduate students it was possible to have reports and discussions on various problems. Our excitement ran high, for the â€œdiscoveryâ€ of the relation between Campbell and Locke gave new meaning to Disciple history and placed it in a stream of thought that was influencing modern science and philosophy with what Locke himself called â€œa new way of ideas.â€ It was the empirical and pragmatic temper applied in religious matters. This meant not only a lessened emphasis upon traditional theology and speculative metaphysics but a refection of their assumptions and methods. Like Locke, Campbell also rejected the â€œinner lightâ€ and â€œenthusiasmâ€ as grounds for religious assurance. Both held to the possibility of revelation, but both insisted that any alleged revelation must be brought to the test of reason."

"It may be said that the supreme revelation is to be found in Jesus Christ and that all the rest of the Bible leads up to him. Yet there are two ways of accepting the words and example of Jesus. One is to take what he says as true because he says it, and another is to believe it because it stands the test of reflection and experience. When his way of life has been confirmed by the demands of intelligence and of practical life, it has gained the deepest security and made its strongest claims upon our loyalty."

"For the faith against tradition, for the truth â€˜gainst superstition, for the hope whose glad fruition our waiting eyes shall see."

"The only real secularism in a bad sense is isolation from the full stream of natural interests. When business tries to go its own way in defiance of the common good, it tends to become secular. But the same is also true of religion. When the church withdraws into its sanctuary and denies its organic relation to scientific knowledge or to the institutions of society around it, there results a deadly secularization of religion. Too often this has happened, and far too widely it is happening today. It happens not only with those sects which cultivate an intense emotionalism, like the Holy Rollers, or the sects that stress other-worldliness, but to many old and settled churches whose theologians speak in dialectical tongues and declare that the God in whom they believe is beyond the reach of manâ€™s best efforts."

"Nothing yet proves that continued progress is inevitable, but that it is possible no one but an extreme skeptic or pessimist can doubt."

"We have overdeveloped the individualism that arose in a pioneer country. We are destined to become more co-operative, more collectivistic, and to find in this direction still greater opportunity for the individual, not so much restricted and defeated by competition but enlarged and enhanced by the support of a common will. It may be that the problem of material goods--of the necessary but yet external goods of food, clothing, shelter, and money-is about to be solved through new discoveries and developments, with the energies of men left freer than they have ever been to cultivate on higher levels the sharable goods of life, such as love and wisdom. These values grow with use and multiply by being freely shared."