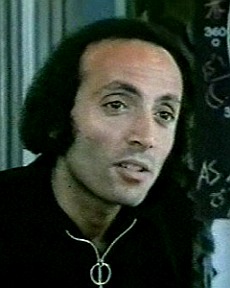 "Love means never having to say you're sorry."

"Quiet heroism or youthful idealism, or both? What do we know? That life without heroism and idealism is not worth living - or that either can be fatal?"

"Although science could pinpoint the exact spot in the brain that ignites rage, they had yet to identify the location that produces love."

"And then I did what I had never done in his presence, much less in his arms. I cried."

"Deep down I'm still afraid, but at least I can deal with it."

"Either way I don't come first, which for some stupid reason bothers hell out of me, having grown up with the notion that I always had to be number one. Family heritage, don't you know?"

"But Anya, you're not any girl, you are someone very special. You have a gift of happiness that's almost magical. To Anya the gentle fluttering of new life within reminded her that Adam had not only been there in Stockholm but would remain with her forever. It is completely possible. Idiopathic reversals of ovarian failure are well documented in the literature."

"But what does he do to qualify as a sonovabitch? Jenny asked. Make me, I replied. Beg pardon? Make me, I repeated. Her eyes widened like saucers. You mean like incest? she asked. DonÂ’t give me your family problems, Jen. I have enough of my own. Like what, Oliver? she asked, like just what is it he makes you do? The Â‘right thingsÂ’, I said. WhatÂ’s wrong with the Â‘right thingsÂ’? she asked, delighting in the apparent paradox."

"He had then warned his daughter not to violate the Eleventh Commandment. Which one is that? I asked her. Do not bullshit thy father, she said."

"He had spent most of his lifetime studying the art of medicine and realized now that he would never really understand its mysteries. For medicine is an eternal quest for reasons - causes that explain effects. Science cannot comprehend a miracle."

"I mean, imagine for a second Olivero Barretto, some nice Italian kid from down the block in Cranston, Rhode Island. He comes to see Mr. Cavilleri, a wage-earning pastry chef of that city, and says, I would like to marry your only daughter, Jennifer. What would the old man's first question be? (He would not question Barretto's love, since to know Jenny is to love Jenny; it's a universal truth). No, Mr. Cavilleri would say something like, Barretto, how are you going to support her?"

"Her handwriting was curious, small sharp little letters with no capitals (who did she think she was, e. e. cummings?)."

"He would not question Barretto's love, since to know Jenny is to love Jenny; it's a universal truth."

"I didn't know you were reÂ­lated to SeÂ­wall Boat House too,' she said. 'Yeah. I come from a long line of wood and stone."

"Jenny, if you're so conÂ­vinced I'm a loser, why did you bullÂ­doze me into buyÂ­ing you cofÂ­fee?' She looked me straight in the eye and smiled. 'I like your body,' she said."

"I think the Peace Corps is a fine thing, don't you? he said. Well, I replied, it's certainly better than War Corps."

"Now would you do me a favor?' From somewhere inside me came this devastating assault to make me cry. But I withstood. I would not cry. I would merely indicate to Jennifer - by the affirmative nodding of my head - that I would be happy to do her any favor whatsoever. 'Would you please hold me very tight?' she asked. I put my hand on her forearm - Christ, so thin - and gave it a little squeeze. 'No, Oliver,' she said, 'really hold me. Next to me.'I was very, very careful - of the tubes and things - as I got onto the bed with her and put my arms around her. 'Thanks, Ollie.' Those were her last words."

"Part of being a big winner is the ability to be a big loser. There is no paradox involved. It is a distinctly Harvard thing to be able to turn any defeat into victory"

"Please, if one of us cries, let both of us cry. But preferably neither of us."

"The Â‘equilibriumÂ’ that people see in me is really an illusion. I am as flawed as anyone. ItÂ’s only that I seem to have the knack of hiding."

"True love comes quietly, without banners or flashing lights. If you hear bells, get your ears checked."

"The explanations for the things we do in life are many and complex. Supposedly mature adults should live by logic, listen to their reason. Think things out before they act. But maybe they never heard what Dr. London told me one, Freud said that for the little things in life we should react according to our reason. But for really big decisions, we should heed what our unconscious tells us."

"Something may have been lost in translation, but it certainly wasn't love."

"We have turned doctors into gods and worship their deity by offering up our bodies and our souls - not to mention our worldly goods. And yet paradoxically, they are the most vulnerable of human beings. Their suicide rate is eight times the national average. Their percentage of drug addiction is one hundred times higher. And because they are painfully aware that they cannot live up to our expectations, their anguish is unquantifiably intense. They have aptly been called 'wounded healers.'"

"There was a brief silence. I think I heard snow falling."

"You don't know about falling off cliffs, PrepÂ­pie,' she said. 'You never fell off one in your godÂ­damn life.' 'Yeah,' I said, reÂ­covÂ­erÂ­ing the power of speech. 'When I met you."

"What the hell makes you smart? I asked. I wouldn't go for coffee with you. Listen - I wouldn't ask you. That, she replied, is what makes you stupid."

"What term do you employ when you speak of your progenitor? I answered with the term I'd always wanted to employ. Sonovabitch. To his face? she asked. I never see his face. He wears a mask? In a way, yes. Of stone. Of absolute stone."