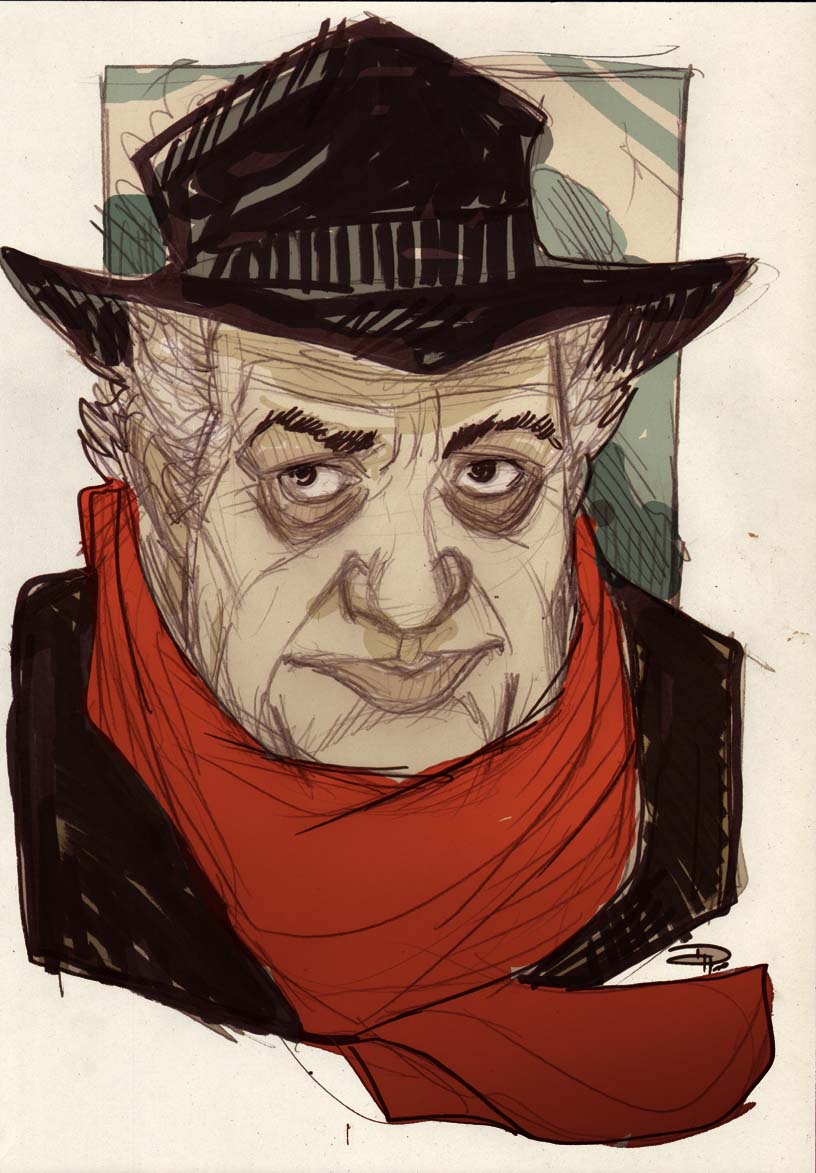 "The artist is simply the medium between his fantasies and the rest of the world."

"A different language is a different vision of life."

"Censorship is advertising paid by the government."

"Experience is what you get while looking for something else."

"It is only when I am doing my work that I feel truly alive. "

"Fate is written in the face. "

"Realism is a bad word. In a sense everything is realistic. I see no line between the imaginary and the real."

"We all need to look into the dark side of our nature - that's where the energy is, the passion. People are afraid of that because it holds pieces of us we're busy denying."

"I discovered that what's really important for a creator isn't what we vaguely define as inspiration or even what it is we want to say, recall, regret, or rebel against. No, what's important is the way we say it. Art is all about craftsmanship. Others can interpret craftsmanship as style if they wish. Style is what unites memory or recollection, ideology, sentiment, nostalgia, presentiment, to the way we express all that. It's not what we say but how we say it that matters."

"Nothing great in the world has been accomplished without passion"

"Happiness is simply a temporary condition that proceeds unhappiness. Fortunately for us, it works the other way around as well. But it`s all a part of the carnival, isn`t it."

"I`m just a storyteller, and the cinema happens to be my medium. I like it because it recreates life in movement, enlarges it, enhances it, distills it. For me, it`s far closer to the miraculous creation of life than, say, a painting or music or even literature. It`s not just an art form; it`s actually a new form of life, with its own rhythms, cadences, perspectives and transparencies. It`s my way of telling a story."

"When you live with another person for 50 years, all of your memories are invested in that person, like a bank account of shared memories. It's not that you refer to them constantly. In fact, for people who do not live in the past, you almost never say, 'Do you remember that night we...?' But you don't have to. That is the best of all. You know that the other person does remember. Thus, the past is part of the present as long as the other person lives. It is better than any scrapbook, because you are both living scrapbooks."

"If there were a little more silence, if we all kept quiet...maybe we could understand something."

"We don`t really know who woman is. She remains in that precise place within man where darkness begins. Talking about women means talking about the darkest part of ourselves, the undeveloped part, the true mystery within. In the beginning, I believe man was complete and androgynous-both male and female, or neither, like angels. Then came the division, and Eve was taken from him. So the problem for man is to reunite himself with the other half of his being, to find the woman who is right for him-right be she is simply a projection, a mirror of himself. A man can`t become whole or free until he has set woman free-his woman. It`s his responsibility, not hers. He can`t be complete, truly alive until he makes her his sexual companion, and not a slave of libidinous acts or a saint with a halo."

"Put yourself into life and never lose your openness, your childish enthusiasm throughout the journey that is life, and things will come your way."

"There is abundant testimony that if we choose love rather than self, we gain immeasurably."

"Objects and their functions no longer had any significance. All I perceived was perception itself, the hell of forms and figures devoid of human emotion and detached from the reality of my unreal environment. I was an instrument in a virtual world that constantly renewed its own meaningless image in a living world that was itself perceived outside of nature. And since the appearance of things was no longer definitive but limitless, this paradisiacal awareness freed me from the reality external to myself. The fire and the rose, as it were, became one."

"Everyone knows that time is Death, that Death hides in clocks. Imposing another time powered by the Clock of the Imagination, however, can refuse his law. Here, freed of the Grim Reaper's scythe, we learn that pain is knowledge and all knowledge pain."

"What is an artist? A provincial who finds himself somewhere between a physical reality and a metaphysical one.... Its this in-between that Im calling a province, this frontier country between the tangible world and the intangible onewhich is really the realm of the artist."

"The young watch television twenty-four hours a day, they don't read and they rarely listen. This incessant bombardment of images has developed a hypertrophied eye condition that's turning them into a race of mutants. They should pass a law for a total reeducation of the young, making children visit the Galleria Borgese on a daily basis."