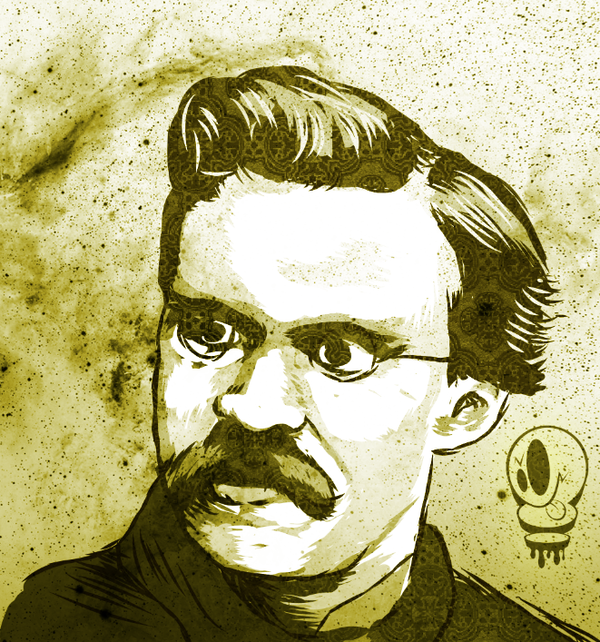 "Cause and effect: such a duality probably never occurs - in reality there lies before us a continuum out of which we isolate a couple of pieces."

"Every fact and every work exercises a fresh persuasion over every age and every new species of man."

"Civilization aims at making all good things... accessible even to cowards."

"Contentment preserves one from catching cold. Has a woman who knew that she was well dressed ever caught a cold? No, not even when she had scarcely a rag on her back."

"Every society has a tendency to reduce its opponents to caricatures."

"Every great philosophy is... a species of involuntary and unconscious autobiography."

"Every step forward is made at the cost of mental and physical pain to someone."

"Every tradition grows continually more venerable, and the more remote its origin, the more this is lost sight of. The veneration paid the tradition accumulates from generation to generation, until at last becomes holy and excites awe."

"Familiarity in one's superiors causes bitterness, fir it may not be returned."

"Experience, as a desire for experience, does not come off. We must not study ourselves while having an experience."

"Has anyone at the end of the nineteenth century a distinct conception of what poets of strong ages call inspiration? If not, I will describe it. If one had the slightest residue of superstition left in one, one would hardly be able to set aside the idea that one is merely incarnation, merely mouthpiece, merely medium of overwhelming forces. The concept of revelation , in the sense that something suddenly, with unspeakable certainty and subtlety, becomes visible, audible, something that shakes and overturns one to the depths, simply describes the fact. One hears, one does not seek; one takes, one does not ask who gives; a thought flashes up like lightning, with necessity, unfalteringly formed - I have never had any choice... Everything is in the highest degree involuntary but takes place as in a tempest of a feeling of freedom, of absoluteness, of power, of divinity... The involuntary nature of image, of metaphor is the most remarkable thing of all; one no longer has any idea what is image, what metaphor, everything presents itself as the readiest, the truest, the simplest means of expression."

"Gentlemen, let us distrust our first reactions; they are invariably much too favorable."

"He who thinks much and to some purpose easily forgets his own experiences but not the thoughts each experience provoked."

"If you gaze for long into the abyss, the abyss also gazes into you."

"I condemn Christianity, I bring against the Christian Church the most terrible charge any prosecutor has ever uttered. to me it is the extremist thinkable form of corruption, it has had the will to the ultimate corruption conceivably possible. The Christian Church has left nothing untouched by its depravity, it has made of every value a disvalue, of every truth a lie, of every kind of integrity a vileness of soul. People still dare to talk to me of its ‘humanitarian’ blessings! To abolish any state of distress whatever has been profoundly inexpedient to it: it has lived on states of distress, it has created states of distress in order to externalize itself."

"In disrespecting, we show that we still maintain a sense of respect."

"In architecture the pride of man, his triumph over gravitation, his will to power, assume a visible form. Architecture is sort of oratory of power by means of forms."

"In music the passions enjoy themselves."

"In order to acquire intellect one must need it. One loses it when it is no longer necessary."

"Insanity in individuals is something rare - but in groups, parties, nations, and epochs it is the rule."

"In reality, hope is the worst of all evils, because it prolongs man's torments."

"In the mountains of truth you never climb in vain."

"Joyous distrust is as sign of health. Everything absolute belongs to pathology."

"Love for life is still possible, only one loves differently; it is like love for a woman whom one does not trust."

"It is very noble hypocrisy not to talk of one's self."

"Live as though the day were here."

"Many a man fails to become a thinker for the sole reason that his memory is too good."

"Men after death... are understood worse than men of the moment, but heard better."

"Love is more afraid of change than destruction."

"No victor believes in chance."

"Rendering oneself unarmed when one has been the best-armed, out of a height of feeling - that is the means to real peace, which must always rest on a peace of mind."

"No one lies so boldly as the man who is indignant."

"People demand freedom only when they have no power."

"On the mountains of truth you can never climb in vain: either you will reach a point higher up today, or you will be training your powers so that you will be able to climb higher tomorrow."

"Some people do not become thinkers simply because their memories are too good."

"The Christian faith is a sacrifice: a sacrifice of all freedom, all pride, all self-confidence of the spirit; at the same time, enslavement and self-mockery, self-mutilation."

"The existence of forgetting has never been proved: We only know that some things don't come to mind when we want them."

"The philosopher has to be the bad conscience of his age."

"The most vulnerable and at the same time the most unconquerable thing is human self-love; indeed, it is though being wounded that its power grows and can, in the end, become tremendous."

"The religious man thinks only of himself."

"The visionary lies to himself, the liar only to others."

"The preponderance of pain over pleasure is the cause of our fictitious morality and religion."

"The sphere of poetry does not lie outside the world as a fantastic impossibility spawned by a poet’s brain: it desires to be just the opposite, the unvarnished expression of the truth, and must precisely for that reason discard the mendacious finery of that alleged reality of the man of culture. The contrast between this real truth of nature and the lie of culture that poses as if it were the only reality is similar to that between the eternal core of things, the thing-in-itself, and the whole world of appearances."

"The will to truth is merely the longing for a stable world."