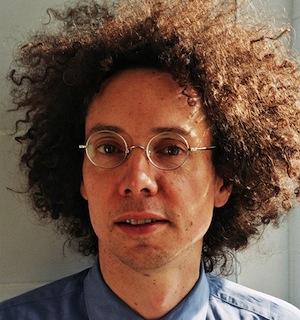 "We learn by example and by direct experience because there are real limits to the adequacy of verbal instruction."

"What do we tell our children? Haste makes waste. Look before you leap. Stop and think. Don't judge a book by its cover. We believe that we are always better off gathering as much information as possible and spending as much time as possible in deliberation."

"We don't know where our first impressions come from or precisely what they mean, so we don't always appreciate their fragility."

"I suspect people who are indecisive are people who are far too enamored of analysis in all settings and are destroying their ability to make an instinctive judgment through over-analysis and that's dangerous."

"Those three things - autonomy, complexity, and a connection between effort and reward - are, most people will agree, the three qualities that work has to have if it is to be satisfying."

"The key to good decision making is not knowledge. It is understanding. We are swimming in the former. We are desperately lacking in the latter."

"We have, as human beings, a storytelling problem. We're a bit too quick to come up with explanations for things we don't really have an explanation for."

"Who we are cannot be separated from where we're from."

"The tipping point is that magic moment when an idea, trend, or social behavior crosses a threshold, tips, and spreads like wildfire."

"Insight is not a lightbulb that goes off inside our heads. It is a flickering candle that can easily be snuffed out."

"Cultural legacies are powerful forces. They have deep roots and long lives. They persist, generation after generation, virtually intact, even as the economic and social and demographic conditions that spawned them have vanished, and they play such a role in directing attitudes and behavior that we cannot make sense of our world without them."

"Truly successful decision-making relies on a balance between deliberate and instinctive thinking."

"In the act of tearing something apart, you lose its meaning."

"Those three things - autonomy, complexity and a connection between effort and reward - are, most people agree, the three qualities that work has to have if it is to be satisfying. It is not how much money we make that ultimately makes us happy between nine and five. It's whether our work fulfills us."

"We live in a world that assumes that the quality of a decision is directly related to the time and effort that went into making it...We believe that we are always better off gathering as much information as possible an depending as much time as possible in deliberation. We really only trust conscious decision making. But there are moments, particularly in times of stress, when haste does not make waste, when our snap judgments and first impressions can offer a much better means of making sense of the world. The first task of Blink is to convince you of a simple fact: decisions made very quickly can be every bit as good as decisions made cautiously and deliberately."

"Hard work is a prison sentence only if it does not have meaning."

"Basketball is an intricate, high-speed game filled with split-second, spontaneous decisions. But that spontaneity is possible only when everyone first engages in hours of highly repetitive and structured practice--perfecting their shooting, dribbling, and passing and running plays over and over again--and agrees to play a carefully defined role on the court. . . . spontaneity isn't random."

"My earliest memories of my father are of seeing him work at his desk and realizing that he was happy. I did not know it then, but that was one of the most precious gifts a father can give his child."

"Character isn't what we think it is or, rather, what we want it to be. It isn't a stable, easily identifiable set of closely related traits, and it only seems that way because of a glitch in the way our brains are organized. Character is more like a bundle of habits and tendencies and interests, loosely bound together and dependent, at certain times, on circumstance and context"

"Talent is the desire to practice."

"A study at the University of Utah found that if you ask someone why he is friendly with someone else, he?ll say it is because he and his friend share similar attitudes. But if you actually quiz the two of them on their attitudes, you?ll find out that what they actually share is similar activities. We?re friends with the people we do things with, as much as we are with the people we resemble. We don?t seek out friends, in other words. We associate with the people who occupy the same small, physical spaces that we do."

"Achievement is talent plus preparation. The problem with this view is that the closer psychologists look at the careers of the gifted, the smaller the role innate talent seems to play and the bigger the role preparation seems to play."

"A book, I was taught long ago in English class, is a living and breathing document that grows richer with each new reading."

"Anyone who has ever scanned the bookshelves of a new girlfriend or boyfriend- or peeked inside his or her medicine cabinet- understands this implicitly; you can learn as much - or more - from one glance at a private space as you can from hours of exposure to a public face."

"A critic looking at these tightly focused, targeted interventions might dismiss them as Band-Aid solutions. But that phrase should not be considered a term of disparagement. The Band-Aid is an inexpensive, convenient, and remarkably versatile solution to an astonishing array of problems. In their history, Band-Aids have probably allowed millions of people to keep working or playing tennis or cooking or walking when they would otherwise have had to stop. The Band-Aid solution is actually the best kind of solution because it involves solving a problem with the minimum amount of effort and time and cost."

"An innate gift and a certain amount of intelligence are important, but what really pays is ordinary experience."

"An aggressive drug-testing program would cut down on certain abuses, but its never going to catch everyone - or even close to everyone."

"Be forgiving of those who have failed. If it doesn?t work, they will get another shot."

"Both Jim and I are interested in the limits of conventional decision-making. The idea that an expert will give you the best outcome--we think that's inadequate. You need a whole palate of different strategies. We're critiquing the same narrow ideology."

"Chris Langan told me not long ago. I found if I go to bed with a question on my mind, all I have to do is concentrate on the question before I go to sleep and I virtually always have the answer in the morning. Sometimes I realize what the answer is because I dreamt the answer and I can remember it. Other times I just feel the answer, and I start typing and the answer emerges onto the page."

"But in the end it comes down to a matter of respect, and the simplest way that respect is communicated is through tone of voice, and the most cursive tone of voice that a doctor can assume is a dominant tone."

"Cultures of honor tend to take root in highlands and other marginally fertile areas, such as Sicily or the mountainous Basque regions of Spain. If you live on some rocky mountainside, the explanation goes, you can't farm. You probably raise goats or sheep, and the kind of culture that grows up around being a herdsman is very different from the culture that grows up around growing crops. The survival of a farmer depends on the cooperation of others in the community. But a herdsman is off by himself. Farmers also don't have to worry that their livelihood will be stolen in the night, because crops can't easily be stolen unless, of course, a thief wants to go to the trouble of harvesting an entire field on his own. But a herdsman does have to worry. He's under constant threat of ruin through the loss of his animals. So he has to be aggressive: he has to make it clear, through his words and deeds, that he is not weak."

"David is marked by his refusal to be passive."

"David?s ability to win that battle begins with weakness. He can?t win the normal way. He must be creative."

"Did they know why they knew? Not at all. But they Knew!"

"Does that mean we should give up? Probably. But there are two issues worth considering. The first is - is it really true that drugs destroy the integrity of the game?"

"Do you see the consequences of the way we have chosen to think about success? Because we so profoundly personalize success, we miss opportunities to lift others onto the top rung...We are too much in awe of those who succeed and far too dismissive of those who fail. And most of all, we become much too passive. We overlook just how large a role we all play?and by we I mean society?in determining who makes it and who doesn?t."

"Each of us has his or her own distinct personality. But overlaid on top of that are tendencies and assumptions and reflexes handed down to us by the history of the community we grew up in, and those differences are extraordinarily specific."

"Extreme visual clarity, tunnel vision, diminished sound, and the sense that time is slowing down. this is how the human body reacts to extreme stress."

"Education lays the foundation of a large portion of the causes of mental disorder."

"Flom had the same experience...He didn't triumph over adversity. Instead, what started out as adversity ended up being an opportunity."