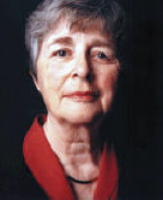 "The sort of marriage where the couple never have a row, cannot bear “unpleasantness,” the sort of family that is endlessly and determinedly “happy” cannot lead to growth, nor any genuine form of “being.” “Being” is about acknowledging one’s pain, and not trying to conceal it from oneself, or inflict it upon others."

"The best arguments in favor of marriage and family life are not that they promote happiness and reduce loneliness, though at their best they do these things, but that they create a situation in which facing the truth about ourselves - our self-deceiving, touchy, vain, inflated selves - becomes more difficult to avoid than it is anywhere else."

"Behind the repudiation of the ceremonial by the reformers lay a radically different conceptual world, a world in which text was everything, sign nothing... would take centuries for the Church of England to acknowledge and try to recover what it had lost... its place text ('the word') became in its own way a different sort of worshipped image, one which sometimes excluded feeling and the deep movements of the unconscious mind which ritual had faithfully fed. It is not, of course, that poetry or powerful preaching cannot express feeling, but that part of our human consciousness is pre-literate, both historically and in our personal childhood experience, and the whole of our experience cannot necessarily be captured by words. It may be important to lay wordless experiences alongside the wordy ones, as in music, colour, form, movement and smell."

"Love must be a process of learning to be vulnerable – to one another, to ideas, to knowledge, to the arts, even to the injuries which the forces of evil constantly try to inflict. It is impossible to love without getting hurt, if only because the loveless may be incapable of responding to love. This is what is meant about taking up the cross and following Christ. Being a Christian means believing that love overcomes lovelessness, though at a cost."

"This is the old fear …. that truth will not prevail, that the moral structure of a nation is so fragile that it needs elaborate defences. Christians, it seems to me, have to choose between the safety of ‘morals’ and the danger of love. It is my own belief that Christ’s teaching was principally about the latter, but that if you do teach men and women to love God and love their neighbours then morals take care of themselves."

"The roots of such fears which choke love like weeds need repeated examination. Partly they spring from failures in loving within the family and within society; partly, also, from horror of the body and its desires which the Church has done much to encourage. The exaggerated emphasis on the sinfulness of sexual intercourse has led many sensitive people to a terror of any situation where they might lose control. This in turn leads in some cases to a fear of the opposite sex, or a dislike of even the briefest and most casual physical contact. Yet to be comforted, to be assured that we are valuable and important, we need to be touched. We need our hands to be shaken, our cheeks to be kissed, our shoulders to be embraced, with the quick sympathy and affection of friendship or of kinship."

"I don't like cleaning or dusting or cooking or doing dishes, or any of those things, I explained to her. And I don't usually do it. I find it boring, you see. Everyone has to do those things, she said. Rich people don't, I pointed out. Juniper laughed, as she often did at things I said in those early days, but at once became quite serious. They miss a lot of fun, she said. But quite apart from that--keeping yourself clean, preparing the food you are going to eat, clearing it away afterward--that's what life's about, Wise Child. When people forget that, or lose touch with it, then they lose touch with other important things as well. Men don't do those things. Exactly. Also, as you clean the house up, it gives you time to tidy yourself up inside--you'll see. "

"To my surprise I began to know what The Language was about, not just the part we were singing now but the whole poem. It began with the praise and joy in all creation, copying the voice of the wind and the sea. It described sun and moon, stars and clouds, birth and death, winter and spring, the essence of fish, bird, animal, and man. It spoke in what seemed to be the language of each creature. . . . It spoke of well, spring, and stream, of the seed that comes from the loins of a male creature and of the embryo that grows in the womb of the female. It pictured the dry seed deep in the dark earth, feeling the rain and the warmth seeping down to it. It sang of the green shoot and of the tawny heads of harvest grain standing out in the field under the great moon. It described the chrysalis that turns into a golden butterfly, the eggs that break to let out the fluffy bird life within, the birth pangs of woman and of beast. It went on to speak of the dark ferocity of the creatures that pounce upon their prey and plunge their teeth into it--it spoke in the muffled voice of bear and wolf--it sang the song of the great hawks and eagles and owls until their wild faces seemed to be staring into mine, and I knew myself as wild as they. It sang the minor chords of pain and sickness, of injury and old age; for a few moments I felt I was an old woman with age heavy upon me."

"I have avoided the reverential approach, have tried to see him as the normal man he was, with his fair share, perhaps more than his fair share, of human frailties. It was this base metal which, in the marvelous alchemy of the spiritual journey, became transmuted into gold."

"Because of our fear and inability to 'let go' we shall only know faint glimmers of transcendence, but they will be the glimmers which save ourselves and others from the blindness of total darkness."