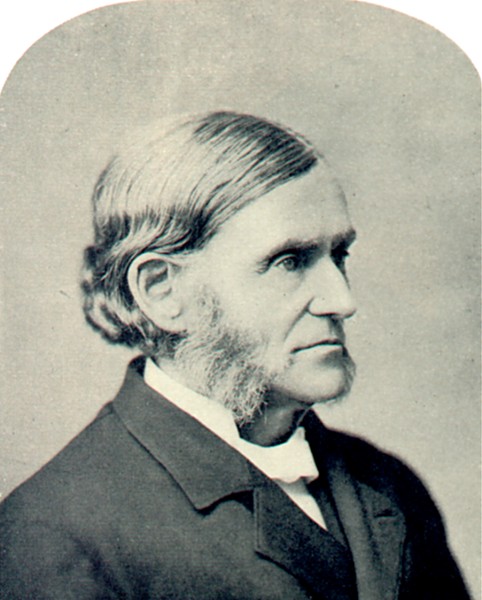 "The secret of all success is to know how to deny yourself. Prove that you can control yourself, and you are an educated man; and without this all other education is good for nothing... To you self-denial may only mean weariness, restraint, ennui; but it means, also, love, perfection, sanctification."

"True greatness, first of all, is a thing of the heart. It is alive with robust and generous sympathies. It is neither behind its age nor too far before it. It is up with its age, and ahead of it only just so far as to be able to lead its march. It cannot slumber, for activity is a necessity of its existence. It is no reservoir, but a fountain."

"Twin-sister of natural and revealed religion, and of heavenly birth, science will never belie her celestial origin, nor cease to sympathize with all that emanates from the same pure home. Human ignorance and prejudice may for a time seem to have divorced what God has joined together; but human ignorance and prejudice shall at length pass away, and then science and religion shall be seen blending their parti-colored rays into one beautiful bow of light, linking heaven to earth and earth to heaven."

"A man isn't poor if he can still laugh."

"Money spent on ourselves may be a millstone about the neck; spent on others it may give us wings like eagles."

"Atheistic morality is not impossible, but it will never answer our purpose.—The morality that holds the great masses of sinewy people together must be very firmly rooted in an honest, downright personal faith and fear."

"Caesar was Rome's escape from communism. I expect no Caesar; I find on our map no Rubicon. But then I expect to see communistic madness rebuked and ended."

"In a truly heroic life there is no peradventure. It is always either doing or dying."

"It is written in God's word, and in all the history of the race, that nations, if they live at all, live not by felicity of position, or soil, or climate, and not by abundance of material good, but by the living word of the living God.—The commandments of God are the bread of life for the nations."

"More than one of the strong nations may shortly have to choose between a selfish secular civilization, whose God is science, and an unselfish civilization whose Cod is Christ."

"Of all sorts of earthly good the price is self-denial.—The lower must be sacrificed for the greater; the coarser give place to the finer.—Every step of our progress toward success is a sacrifice.—We gain by losing; grow by dwindling; live by dying."

"Plato was right in calling atheism a disease.—The human intellect in its healthy action, holds it for certain that there is a Great Being over us, invisible, infinite, ineffable, but of real, solid personality, who made and governs us, and who made and governs all things."

"Pleasure is far sweeter as a recreation than a business."

"Real power has fullness and variety. It is not narrow like lightning, but broad like light. The man who truly and worthily excels in any one line of endeavor, might also under a change of circumstances, have excelled in some other line. Power is a thing of solidity and wholeness."

"Religion is not a dogma, not an emotion, but a service.—Our redemption is not of the head alone, nor of the heart alone, but preeminently of the life, as the only infallible criterion of what we really are.—Not belief, not emotion, but obedience is the test.—Mere belief would make religion a mere theology. Mere emotion would make it a mere excitement.—While the true divine of it is a life, begotten of grace in the depths of the human soul, subduing to Christ all the powers of the heart and life, and incarnating itself in patient, steady, sturdy service—doing the will of God."

"Religious truth, touch what points of it you will, has always to do with the being and government of God, and is, of course, illimitable in its reach."

"The more pure and righteous a moral being is, the more squarely must he antagonize, the more intensely must he hate, the more surely must he punish impurity and unrighteousness. Volcanic fire inside the globe, and forked light­ning outside of it, are faint emblems of holy wrath.—When a thoroughly bad man stands revealed only lightning is logical.—He that sows the wind ought to reap the whirlwind."

"There are minerals called hydrophanous, which are not transparent till they are immersed in water, when they become so; as the hydrophane, a variety of opal. So it is with many a Christian. Till the floods of adversity been poured over him, his character appears marred and clouded by selfishness and worldly influences. But trials clear away the obscurity, and give distinctness and beauty to his piety."

"There is no pride on earth like the pride of intellect and science."

"Wealth is not of necessity a curse, nor poverty a blessing.—Wholesome and easy abundance is better than either extreme; better for our manhood that we have enough for daily comfort; enough for culture, for hospitality, for Christian charity.—More than this may or may not be a blessing.—Certainly it can be a blessing only by being accepted as a trust."

"What is human sin but the abuse of human appetites, of human passions, of human faculties, in themselves all innocent?"