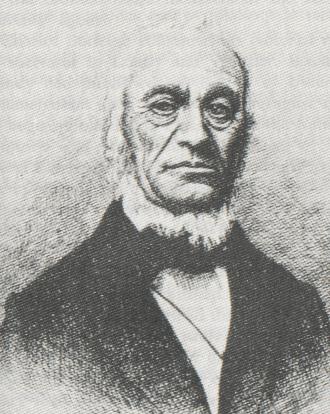 "However bitter the cup we have to drink, we are sure it contains nothing unnecessary or unkind; and we should take it from His hand with as much meekness as we accept of eternal life with thankfulness."

"In a nation whose declaration of self-evident and inalienable human rights has been hailed as the watchword for an universal struggle against despotic governments;?a nation whose support of human chattelhood has armed the world's despots with their most plausible pleas against republican institutions, it is in vain to expect that the discussion of such incongruities can be smothered, or the adjustment of them much longer postponed. In any age of the world, such expectations would be disappointed?in the present age, the indulgence of them can be little short of insanity?must be consummate folly. The question whether such a nation, at such a period of the world's progress, shall continue to tolerate human chattelhood, becomes, of necessity, a world's question. Universal human nature is knocking vehemently at our doors, and cannot be silenced."

"It is common to caste all the odium of slavery upon our fathers, and upon the governments that first permitted the slave trade. Could the dead rise up and plead their own cause, they might perhaps retort that they had no idea of lending their sanction to the system of American slavery, as now practiced. Queen Elizabeth permitted the Africans to be carried into the colonies with their own consent, but they were taken and are held by force."

"Slaves cannot marry. Being held as Property, and incapable of making any Contract, they cannot contract Marriage recognized by Law. Men may forget or disregard the rules of logic in their reasonings about slavery, but the genius that presides over American slavery never forgets or disregards them. From its well-defined principle of human chattelhood it never departs, for a single moment. If anything founded on falsehood might be called a science, we might add the system of American slavery to the list of the strict sciences. From a single fundamental axiom, all the parts of the system are logically and scientifically educed. And no man fully understands the system, who does not study it in the light of that axiom. The slave has no rights. Of course he, or she, cannot have the rights of a husband, a wife. The slave is a chattel, and chattels do not marry. The slave is not ranked among sentient beings, but among things, and things are not married. Slaves are not people, in the eye of the law. They have no legal personality. So said by their votes, the Federal Congress."

"The slave question in America is only one phase of the more comprehensive question of human freedom that now begins to agitate the civilized world, and that presents the grand problem of the present age. Such a question must be met, must be discussed, must be decided, and decided correctly, before the nations of the earth can be enfranchised, and before this anomalous republic can either secure her own liberties, or find permanent repose."

"Whatever solution may be made of such paradoxes, or whatever may be inferred from them, they furnish a slippery and intricate labyrinth for slave-holders in search of their sacred and vested rights, the legal sanctions and the constitutional guaranties of their peculiar immunities, the very foundations of which were laid in piracy and crime. Thus much in respect to the colonial slave trade, the foundation of colonial slavery. We inquire next respecting such facts of history, whatever they may be, as shall afford information concerning the authority, either divine or human, by which the colonists held slaves, and the colonial legislatures, (that attempted the suppression of the slave trade as criminal,) enacted their slave laws."

"When we take our last remove, I fear that we shall find that a great deal which we call religion, and which we were at the trouble of lugging about with us through our whole pilgrimage, is perfectly worthless, fit only to be burned."